5 Amazing Men from the Bible to Inspire Boys 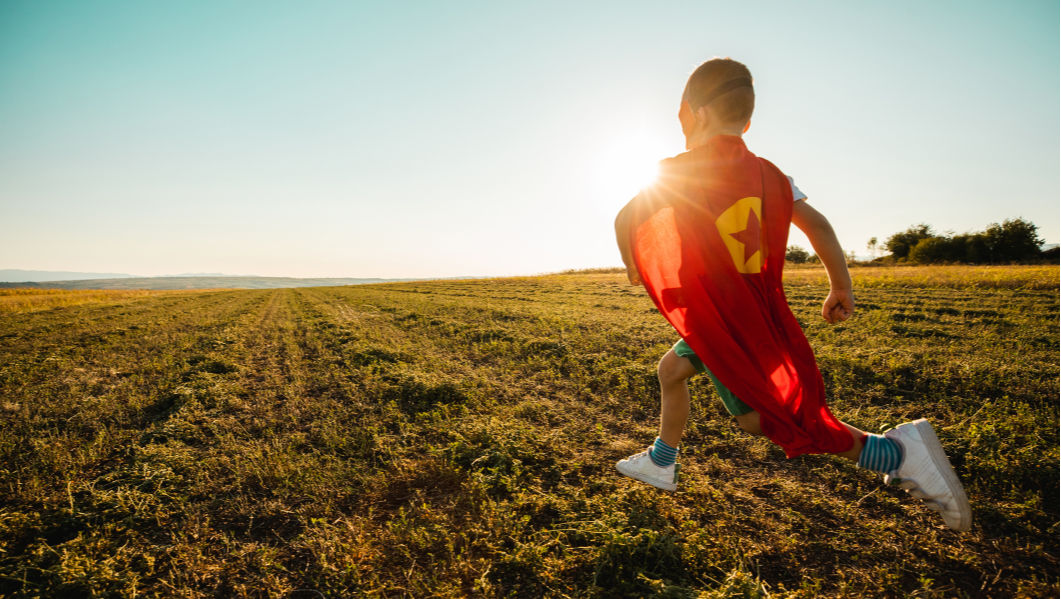 We’re raising Christian kids in a world that points to all kinds of different role models for boys, some of which are good, some not so good. If you asked most little boys in our world today who their heroes are, you would probably hear a lot about athletes or entertainers. Or maybe even superheroes. These days, even professional video gamers or YouTubers may make the list. Probably not as much about everyday guys who are great dads or loving husbands, or men who serve others in humility and sacrifice themselves for the needs of others.

5 Amazing Men from the Bible to Inspire Boys

His Story: Job was a very wealthy and powerful man who lived in the land of Uz—the greatest man among all the people of the East. The Bible describes him as blameless and upright, fearing God and shunning evil. In the book of Job, Satan asked God if he could tempt Job, to see if Job would deny God if Satan caused enough pain and suffering in his life. First, Satan destroyed all of Job’s wealth and killed all of his children. He lost everything except his wife and his own health. Job mourned but continued to praise God anyway. Then Satan afflicted him with painful sores all over his body. His wife told him to “curse God and die” but he refused, saying we should be willing to accept trouble from God just as much as the good. Job’s three best friends told Job that he must have done something really bad to deserve all of this suffering. But Job rightly answered that our sufferings aren’t a punishment from God. Job accepted that the Lord gives and the Lord takes away and he continued to bless God no matter what happened to him.

His Strengths: Job showed incredible patience, perseverance, and faith through terrible suffering. This story is where the expression, “the patience of Job” comes from. No matter what happened to him, Job trusted that God was good and His will was best. He never stopped praising God.

“The Lord gave and the Lord has taken away. Blessed be the name of the Lord.” Job 1:21 ESV

You can read about Job in the biblical book of Job or in The Laugh and Learn Bible for Kids on page 182.

His Story: When God rescued His people from Egypt, He brought them into the wilderness and promised to bring them into the Promised Land - the land He had promised to Abraham hundreds of years before. God told them He was giving them the land, that He would fight their battles for them. He had showed them His power when He rescued them from Egypt, saved them from Pharaoh's army, and brought them through the Red Sea. He had showed them He would always provide for them by supernaturally raining down bread and meat from the sky and giving them water from a rock. And yet, when Moses sent out twelve young men to check out the land, ten of them came back saying they didn’t think they could win against the people who lived there. Caleb was the one who stood up in front of the whole nation and proclaimed that though the enemy was powerful, they would win because they had the Lord on their side. Caleb and Joshua were the only two of the twelve who trusted in God’s promises and believed in His power. The Lord punished the people for not believing in Him. They would wander in the wilderness for 40 more years and no one of that generation would live to see them enter the Promised Land except for Caleb and Joshua. God said that Caleb “had a different spirit” and “followed God with his whole heart.”

His Strengths: Caleb showed himself to be incredibly brave by trusting in God’s Word even when everyone else around him was doubting that God could do what He had promised. Caleb showed great trust and courage because he was committed to following God with his whole heart.

“Trust in the Lord with all your heart and do not lean on your own understanding.” Proverbs 3:5 ESV

You can read about Caleb in Numbers 13-14 or in The Laugh and Learn Bible for Kids on page 90.

His Story: Joshua was the other spy who trusted in God along with Caleb. God didn’t just let Joshua stay alive till they made it to the Promised Land, He put Joshua in charge of the next generation of Israel when they entered the Promised Land and fought for possession of the land. Joshua was a good leader who kept the people focused on God. He learned early on that the way to be truly successful was to follow God’s Word. Joshua trusted God, even when His instructions seemed strange. When they were crossing the Jordan River into the land, God told the priests to stand in the river with the Ark and He would part the waters. They did it. At Jericho, God told the people to march around the city and He would make the walls fall down. They did it. At Gibeon, God told Joshua that He would take care of their more powerful enemies. God threw the army into confusion so God’s people could defeat them, and then sent a hailstorm to destroy the enemy army. Every step of the way, Joshua boldly followed God. Time and time again, Joshua saw the Lord perform miracles to fight for them.

His Strengths: Joshua showed himself to be strong and courageous in the face of extremely powerful enemy armies. He followed God no matter how crazy God’s instructions seemed. Because Joshua meditated on God’s Word every day and listened for God’s voice, he knew just where to go and just what to do to be successful in the eyes of the Lord.

You can read about Joshua in the biblical book of Joshua or in The Laugh and Learn Bible for Kids on page 100.

His Story: When we talk about powerful prophets in the Bible, we usually hear a lot about Elijah. He was the one who stood up to the 450 prophets of Baal on the top of Mt. Carmel. He shut up the heavens to cause a drought then prayed for rain to end the drought. He raised a widow’s son from the dead. He parted the Jordan River and went up to heaven in a chariot of fire. However, his successor Elisha did even more miracles than Elijah did. In fact, according to the stories recorded in Scripture, he did exactly twice as many. Just before Elijah went up to heaven to be with God, Elisha asked for a “double portion” of the spirit that God had given to Elijah. He wasn’t asking for more power or glory for himself, but for more ministry and more opportunities to serve. From the beginning, Elisha was a man of service. When Elijah called him, he gave up his work plowing oxen to follow the call and even killed the oxen and burned the plow so he could not come back to it. Elisha became a well-known prophet in Israel who served the Lord in humility for six decades.

His Strengths: Elisha showed himself willing to serve God and others with his whole life. He served Elijah and then committed the rest of his life to serving God by preaching His Word and showing people His power. Though Elisha did more miracles than any other prophet, nothing he did was about his own fame or glory but only about bringing people back to God. He remained humble, counseling kings and serving widows with the same love and grace.

Their Story: Shadrach, Meshach and Abednego, along with Daniel, were brave young men who stayed faithful to God no matter what the consequences while they were in exile in Babylon. When Babylon took over Israel, King Nebuchadnezzar took the smartest and the strongest of young Israelite men back to Babylon first and trained them to serve in his court. Throughout the book of Daniel, we see these four men choosing to be faithful to God no matter what the consequences to their own health and safety. When the king first put them in training, these four young men refused to eat the king’s choice food and instead only ate vegetables. Yet they turned out to be the healthiest and the strongest of all the young men in the king’s court. All four of these men found favor with the king and rose in power as high officials in Babylon and yet they stayed faithful to God. When the king ordered that everyone in the kingdom must bow down to a golden statue of himself, Shadrach, Meshach, and Abednego refused to bow down. The punishment for disobedience was to be thrown into a furnace of fire. But these three young men had no fear. They said that God could save them, but even if He didn’t, they would not bow down to the statue. They trusted in God’s will even if it meant their own deaths. The furnace was turned up seven times hotter than normal. It was so hot that the men who threw them in were burned to death instantly. Shadrach, Meshach and Abednego were unharmed and walking around in the furnace. With them was a fourth man - the Son of God. The king ordered them brought out of the furnace, promoted them to an even higher office, and decreed that the God of Israel be worshiped throughout the kingdom.

Their Strengths: Shadrach, Meshach, and Abednego trusted the will of God even if it meant their deaths. They showed themselves to be strong and courageous in the face of grave danger. They stayed faithful to God no matter what the personal consequences to themselves.

You can read about Shadrach, Meshach, and Abednego in Daniel 1-3 or in The Laugh and Learn Bible for Kids on page 206.

Every one of these men showed themselves to be strong and courageous in very dangerous situations. Every one showed incredible trust in God and amazing faithfulness. God did amazing things through each one of their lives. There are many more stories of amazing men and women in Scripture. If you’re looking for a role model for your kids, if you want to teach your kids about faith, courage, and what it means to be strong in the Lord and truly successful, look no further than the pages of your Bible.

You can read many more stories of incredible men and women of faith in The Laugh and Learn Bible for Kids, our favorite collections of Bible stories for kids.

Education ‣
How to Get Kids Involved in Bible Stories

New on Minno ‣
The Best Preschool Shows on Minno