5 Amazing Women from the Bible to Inspire Girls 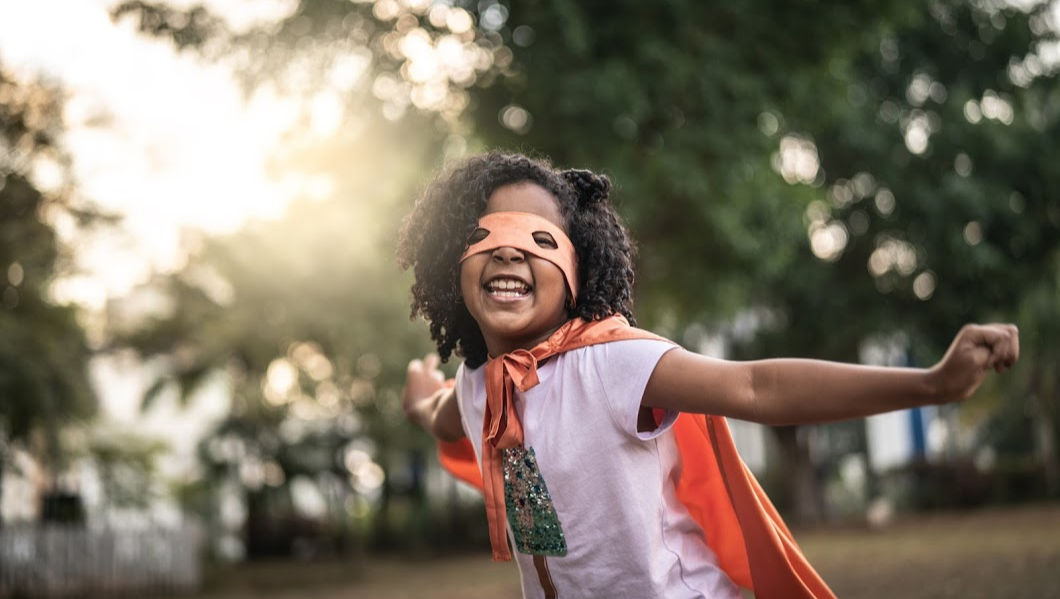 It can be easy to read the Bible and only see the stories of the amazing men—Abraham, Isaac, and Jacob. Elijah and Elisha. David and Solomon. Peter and James and John. But the Bible has lots of stories of incredible women too. Strong and brave women who led armies and challenged kings. Prophetesses who heard and obeyed the voice of God. Wise women who made difficult decisions and led the people back to God. Loyal women who stayed faithful to God even when their situations seemed perilous. Women who did the right thing no matter what everyone else was doing, and changed the course of history forever.

We’re raising Christian kids in a world that points to all kinds of strong secular role models for our girls. Some of those role models are good, some are not so good. If you really want to inspire your daughters (and sons!) with stories of strong, brave women who changed the world, all you have to do is open the pages of your Bible

5 Amazing Women from the Bible to Inspire Girls

Their Story: Shiphrah and Puah were Hebrew midwives when the people were living in slavery in Egypt, before Moses led them out in the Exodus. When Joseph was second-in-command to Pharoah, the people of Israel—Joseph’s family—had come to Egypt to escape the famine in their land. When they came, there were only 70 of them. But now, 400 years later, the tribe had grown exponentially in numbers and in strength. A new Pharaoh arose in Egypt who didn’t know Joseph or care about his history as a leader in Egypt. He became afraid that the people of Israel would become stronger than his people and try to take over, so he made them slaves. Pharaoh also went to the Hebrew midwives Shiphrah and Puah and commanded them to kill all of the male children born to the women of Israel. But Shiphrah and Puah feared God and didn’t do what Pharaoh asked. When Pharaoh confronted them, God protected them and He established strong households for them.

Their Strengths: The Hebrew midwives Shiphrah and Puah showed themselves to be brave and strong in the face of grave danger from the most powerful king in the world. They chose to trust and follow God rather than fear the human king. God blessed them for their loyalty and obedience.

“I am not trying to please people. I want to please God.” Galatians 1:10 CEV

You can read about Shiphrah and Puah in Exodus 1 or about how Moses also escaped being killed as a baby because of two other strong women, his sister and his mother, in The Laugh and Learn Bible for Kids on page 60.

Her Story: Rahab was a woman with a bad reputation in the ancient city of Jericho, where two spies from Israel had gone to check out the land and see if they could conquer it. Rahab was a Canaanite, but she trusted in Israel’s God. When the spies came to Jericho, she hid them on the roof of her house which was built into the city wall. When the king’s messengers came to ask about the spies, Rahab misguided them, sending them on a wild goose chase down the road that led to the Jordan River. She told the spies that she knew the Lord had given them the land of Canaan. She had heard all that God had done for them at the Red Sea and all of the battles He had won for them. She asked them to spare her family because she had protected them, then she let them down by a rope through a window. When Israel took over Jericho, they spared Rahab and her whole family just as they had promised. Rahab became the mother of Boaz, and the great-great-grandmother of King David. So Rahab, the foreigner and sinner became part of the line of Jesus Christ Himself, because of her great trust in God and faithfulness to His people.

Her Strengths: Rahab showed herself to be brave, bold, strong, and loyal to God in spite of great danger from the king of her own city, Jericho. She recognized God’s greatness just from the stories she had heard and chose whose side she wanted to be on. Rahab chose to follow God when no one else in her city did and she was the only one in her city saved because of it.

“Now faith is confidence in what we hope for and assurance about what we do not see.” Hebrews 11:1 NIV

You can read about Rahab in Joshua 2-6 or about Israel conquering Jericho in The Laugh and Learn Bible for Kids on page 100.

Her Story: Ruth was a young Moabite woman, married to an Israelite man who had come to Moab with his parents and brother because there was a famine in Israel. When all three men of the family died, Ruth refused to leave her mother-in-law Naomi to return to her parents’ house and find a new husband to support her. It was almost certain that staying with Naomi would lead to both of them living in poverty, and yet she refused to leave Naomi to suffer alone. Ruth committed to follow Naomi back to Israel and to follow Naomi’s God. When they returned to Israel, Ruth worked hard gleaning the fields to provide for herself and Naomi. She humbled herself before the kinsman-redeemer of Naomi’s family, Boaz, offering herself to him in marriage, asking him to fulfill the Levirate law of redeeming his dead relative’s land and wife. Ruth became the mother of Obed, and the great-grandmother of King David. So like Rahab, the foreigner Ruth became part of the line of Jesus Christ Himself, because of her great loyalty, faithfulness, and love.

Her Strengths: Ruth showed herself to be loyal to Naomi and trusting of God. She was humble and kind, but also bold and strong in the way she provided for herself and Naomi and approached Boaz for marriage. Boaz praised her for following God’s law and for her kindness and loyalty. He said that everyone in their town found her to be a woman of noble character.

“There is a friend who sticks closer than a brother (or sister).” Proverbs 18:24b NIV

You can read about Ruth in the biblical book of Ruth or in The Laugh and Learn Bible for Kids on page 118.

Her Story: Deborah was both a prophet and a judge, a strong and brave leader over all of Israel. Before Israel had kings, judges were the top leaders in Israel. Judges were primarily military leaders sent by God to rescue Israel from foreign armies, but because she was a prophet too, Deborah also held court and judged between the people as Moses had done. The Israelites were not following God when Deborah became the judge over Israel, but she led them back to Him. Deborah was strong and brave and trusted God completely. God told Deborah to command Barak, one of the generals of the Lord’s army, to go into battle against Sisera, the commander of the enemy army. God promised He would deliver Sisera into Barak’s hands. But Barak said he would only go if Deborah went with him. Deborah agreed, but said that since he didn’t trust God to go without her, God would actually deliver Sisera into a woman’s hands instead. It was a woman named Jael who killed Sisera. Then Israel enjoyed peace under Deborah’s rule for 40 years.

Her Strengths: Deborah showed herself to be strong, brave, wise, and faithful to God. When others were doing evil, she followed the Lord and listened to His word. When others feared the enemy armies, she was brave and trusted God. She judged the people in the wisdom given to her from God and she led the people back to the Lord.

You can read about Deborah in Judges 4-5 or in The Laugh and Learn Bible for Kids on page 112.

Her Story: Esther was a brave and strong queen who saved the entire nation of Israel. In the time of the Exile, when the Jews were living under Persian rule, King Xerxes got upset with his queen and decided to search the land for a new queen. Esther was chosen for her beauty and grace, though Xerxes never knew she was a Jew. Esther was an orphan who was being raised by her cousin Mordecai, who worked for Xerxes at the palace. One of the king’s advisors, Haman, didn’t like Mordecai and decided he would convince Xerxes to kill off all of the Jews in the empire. Haman convinced Xerxes that the Jews were troublemakers and needed to be killed. Mordecai told Esther to talk the king out of it, but Esther was worried. No one, even the queen, talked to the king without being invited. Mordecai convinced her that God had put her in her position as queen for just this very reason. Esther gathered all of her courage and told the king about Haman’s plot. and Esther’s people were saved!

Her Strengths: Esther showed herself to be brave and strong in the face of great danger. She trusted God and followed His calling on her life. God used her to save the entire nation of Israel from being destroyed.

“Charm is deceptive and beauty is fleeting, but a woman who fears the Lord is to be praised.” Proverbs 31:30 NIV

You can read about Esther in the biblical book of Esther or in The Laugh and Learn Bible for Kids on page 172.

Every one of these women showed themselves to be brave and strong in very dangerous situations. Every one showed incredible trust in God and amazing faithfulness. There are tons more stories of strong women where these came from. You can find a few of them on page 178 of The Laugh and Learn Bible for Kids, one of our favorite collections of Bible stories for kids. Why not spend some time in your family devotions looking at these stories, teaching kids about the faith of their spiritual mothers in Christ? It’s not just young girls who need to hear these stories. We can all learn from these strong women of the Bible.