Determination: What to Say When Your Kids Feel Like Giving Up 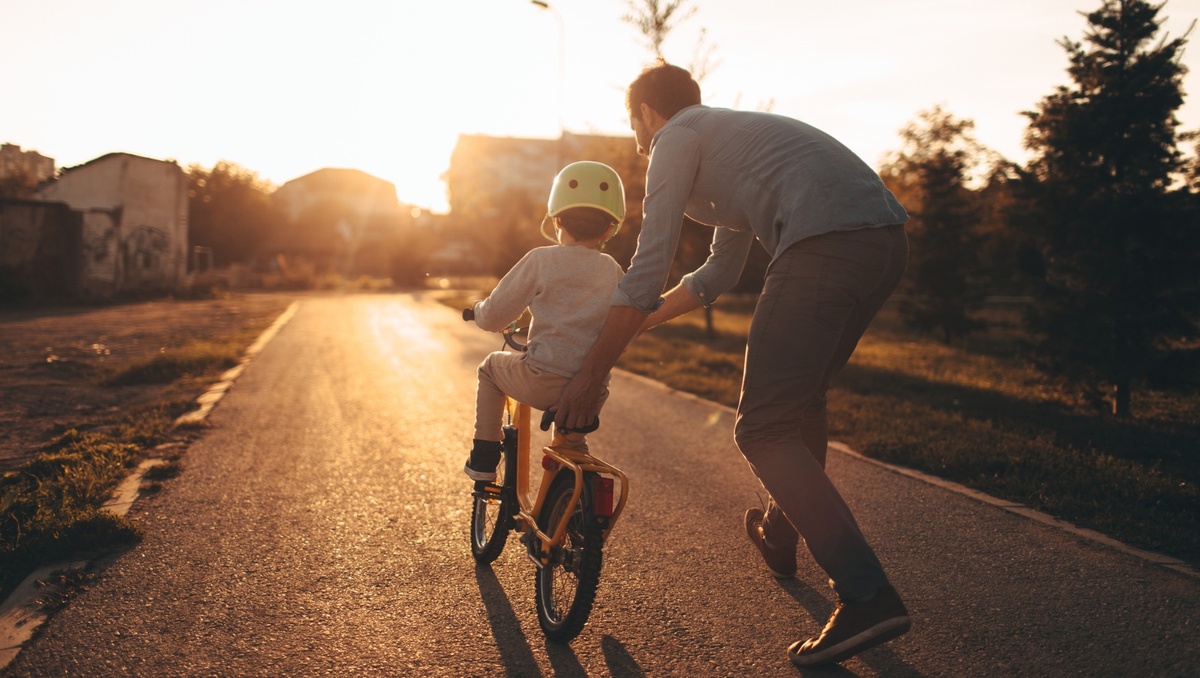 We all have times when we feel like giving up—when our jobs feel too hard or our marriages feel too hard or life just feels too hard. So, of course, our kids are sometimes going to feel this way too. When our kids are struggling, how can we teach them determination and perseverance? How can we help our kids build the character that comes through perseverance? What do we say when our kids feel like giving up?

I remember when my son first tried baseball and really struggled with learning how to bat. We are not a big sports family, and we had just been letting him try a different sport each season to see which one he liked. So he was starting baseball pretty late compared to the other kids on the team. It seemed like every other child had been focusing solely on baseball since they were two or three. Some were already mini Babe Ruths when they got up to the plate. We went through game after game of strikeouts and tears. My husband and I both spent countless hours pitching to our son at home, watching YouTube videos, and doing the best we could to help him. But despite our efforts at the end of the season, he made a huge dramatic declaration: “I’m never playing baseball again. I’m just no good at it.”

Years before, my husband and I had promised we would never make our kids do an activity or sport they didn’t want to do. We didn’t want to be “those parents” who pushed our kids to do something because we wanted it. But this was different. We felt like this was a life lesson kind of moment and that if we let him quit, we were setting him up for a lifetime of quitting everything he wasn’t immediately good at. We told him he had to play at least one more season and that we would get him a batting coach (another thing I swore I would never do!) since neither of us had any clue what we were doing. If he tried his best through all of that and still wanted to quit, that was okay. As long as it wasn’t because he thought he was no good, but because he legitimately just didn’t like baseball.

So, we spent all summer in weekly batting lessons and then working daily on what he had learned in the lessons. All three of us found out that the right way to swing a bat is actually not very natural for anyone, but if you learn the correct technique and practice a lot, you can be successful at it pretty quickly. When his new season started in the fall, I nervously took him to his first practice and watched as he went up to bat for the first time. He hit every single pitch.

Wouldn’t you know that same kid who had said, “I’m just no good at baseball” three months earlier ran over to me with a huge grin and said, “Well that was fun!” On the way home, we talked about how once you know how to play a sport the right way, it is much less frustrating and much more enjoyable. For the rest of that season, he got a hit almost every time he was up at bat and had one of the highest R.B.I. records on the team. At the end of the season, he still decided that baseball wasn’t really his thing and he’d rather stick with soccer when he got to middle school. But he didn’t quit out of frustration and defeat. So I say, life lesson learned. It was worth every hour we spent.

Research on Determination in Children

Dr. Angela Duckworth of the University of Pennsylvania has spent the last fourteen years studying determination, or what she calls “grit,” in child development. Her research has found that “grit matters more to a child’s ability to reach his full potential than intelligence, skill, or even grades.” Unlike IQ, which is relatively fixed, grit is the type of skill that everyone can develop. Just like our parents always told us, “If at first you don’t succeed, try, try again.” Just like the Bible encourages us to “fight the good fight, finish the race and keep the faith” (2 Timothy 4:7) and to “run with perseverance the race marked out for us” (Hebrews 12:1) and to “persevere to the end” (Matthew 24:13). Dr. Duckworth gives three basic ways to encourage grit in our children:

Model It. This is true of every single aspect of character in our lives. Our kids are so much more likely to do what we do rather than what we say. If our kids see us persevering through tough situations, especially if we talk to them about it, they will know that they can do the same.

Celebrate It. Instead of only praising your kids for things they are naturally good at, be sure to praise them for working hard to overcome something that was difficult for them. It’s great to find where they naturally have skills and gifts, but it’s also important to encourage them to step out of their comfort zones and overcome. You will find that they tend to celebrate more and take more pride in the things they had to work hard to accomplish than the things that came easily to them.

Enable It. Don’t just tell them they can’t quit, help them to work hard to overcome their struggle. I really didn’t want to invest all of that time and money into batting practice, but it made all the difference. If we had just told our son, “You can’t quit,” without giving him the tools he needed to succeed, we would have only frustrated him further, not really taught him determination and hard work.

Encourage and Model a Growth Mindset

The opposite of a growth mindset is a fixed mindset—the idea that kids only have a certain amount of brains or talents and nothing can change that. A growth mindset says that their natural talents and skills can be developed through hard work, education, and perseverance. If you want to encourage a growth mindset, instead of praising kids for “being smart,” consider praising them for “working hard” or “getting better.” Instead of saying, “you’re such a great singer” consider praising how much they practiced that song and how much better it sounded with practice.

Intentionally Put Kids In Activities Out of their Comfort Zone

If we want our kids to learn how to work hard and overcome struggle, we have to push them to try things they aren’t naturally good at. When Paul wrote in Romans that, “perseverance produces proven character,” the line right before that was, “suffering produces perseverance.” (Romans 5:3). If our kids only try things that come easily to them, they will never experience what it means to overcome.

Let Your Kid Get Frustrated and Fail

It can be really hard to see our kids struggle, but if we want them to learn how to overcome struggles for themselves, we have to let them get frustrated and even fail. Don’t be afraid of your child’s frustration or discomfort. This is how they develop resilience. Encourage them to push through and try again. We cannot create independent children if we’re always stepping in and rescuing them from everything. If we let them give up, they’ll never see what amazing things they can accomplish when they work hard. As hard as it is to watch, allow them to go through the emotions of disappointment, confusion, and failure.

If your child is struggling, brainstorm together about what steps they can take to overcome. You can share your own experiences, mistakes you’ve made, and ways you have learned to persevere through difficulty. We want kids to learn to be independent, but that doesn’t mean we just leave them to figure it out all by themselves. Enabling them to persevere means helping give them the tools they need to succeed.

The goal of life isn’t perfection, it’s growth. Instead of focusing on the end result, determination focuses on the journey. Encourage your kids every step along the way—the little things and the big things; the goals met and the “good tries.”

Teach and Show Them That Failure is Okay

Talk with your kids regularly about your own failures, mistakes, and how you persevered through them or how you could have been more resilient. You can even share stories of famous successful people who have had major setbacks or failures and how they overcame them. Did you know that Michael Jordan didn’t make his high school basketball team the first time he tried out? Or that Stephen Spielberg was rejected from USC’s School of Cinematic Arts twice? Or that Thomas Edison struggled in school growing up and was told by all of his teachers that he was, “too stupid to learn anything”? Or that Walt Disney was told by his former boss that he, “lacked imagination and had no good ideas”? Imagine what would have happened in their lives if they had given up right away. A growth mindset embraces mistakes and failures as part of the process of learning and growing.

Giving your child a chance to fail and learn to overcome is one of the greatest gifts you can give them as a parent. Letting them go through it themselves but with you there as a resource and guide is the only way to really teach them the resilience, determination, and independence they will need to navigate life as an adult. As Christian parents, we have the even greater blessing of using failures and mistakes as a way to point them to God’s grace and love for them. To use it to continue to remind them of the Gospel—that none of us is perfect and we never will be. We will continue to make mistakes and fail, but when we do, we can run to the arms of the Father and find refuge and strength (Psalm 91).