How to Talk to Your Kids About Independence Day 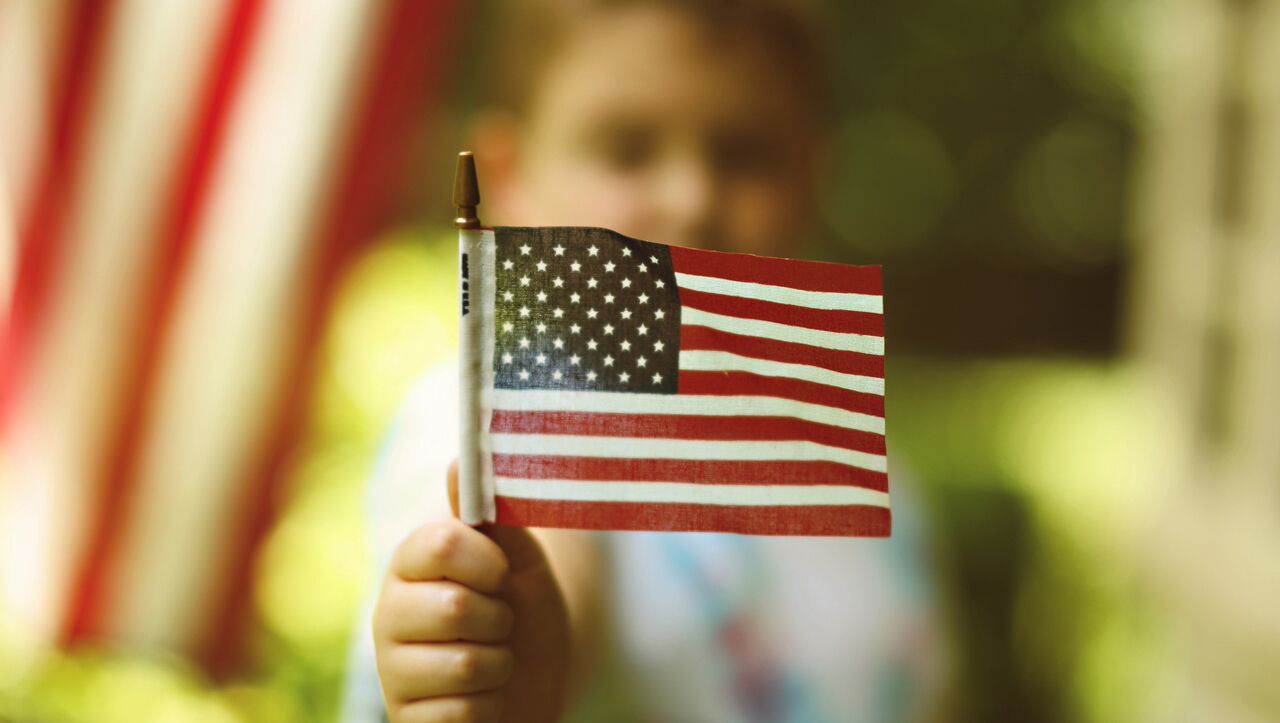 Americans love a reason to celebrate! Is there any other national holiday that is quite as exciting as the 4th of July? Close your eyes and think about the many Independence Days you have celebrated. What comes to mind? Barbecues, sunshine, lemonade, the feeling of grass beneath your feet, horseshoes, pie-eating contests, hot dogs, swimming, fireworks. What a great celebration most of us look forward to on July 4th!

July 4th is a great time to share with our children why we celebrate our Independence and what philosophies our Founding Fathers used as they set out to create this nation.

Of the 56 signers of the Declaration of Independence, 24 of them held seminary degrees! Their belief in God and their Christian faith became the foundation of this nation, as well as informed the way in which our government was formed. As you look up, ooohing and ahhing at the grandeur of the fireworks displayed in the night sky, remember that this nation was built on the Word of God. Then, take a moment and remember to give God praise and thanks for our country.

How to Talk to Your Kids About Independence Day

Here are some writings from a few of our Founding Fathers to give you and your kids a better insight into their personal beliefs about God, faith, and liberty. Although they didn't do it perfectly, God gave these men a vision to build a nation that would be different than what they had experienced. We're still learning and growing, even today, in what it means to build community on the tenets of our faith. May the words of these flawed but faithful men remind us to continue to ask God to show us how to make our nation strong, according to His ways.

John Adams, 2nd President and signer of Declaration of Independence:

"Suppose a nation in some distant region should take the Bible for their only law book, and every member should regulate his conduct by the precepts there exhibited! Every member would be obliged in conscience, to temperance, frugality, and industry; to justice, kindness, and charity towards his fellow men; and to piety, love, and reverence toward Almighty God . . . What a utopia, what a paradise would this region be." - Diary and Autobiography of John Adams, Vol. III, p. 9.

"Now I will avow, that I then believe, and now believe, that those general principles of Christianity, are as eternal and immutable, as the existence and attributes of God; and that those principles of liberty, are as unalterable as human nature and our terrestrial, mundane system." - Adams wrote this on June 28, 1813, excerpt from a letter to Thomas Jefferson.

Ask: What precepts or values from the Bible do you see exhibited in the United States? What could we do better to live more in line with God's Word today?

Thomas Jefferson, 2nd President and signer of Declaration of Independence:

"God who gave us life gave us liberty. And can the liberties of a nation be thought secure when we have removed their only firm basis, a conviction in the minds of the people that these liberties are of the Gift of God? That they are not to be violated but with His wrath? Indeed, I tremble for my country when I reflect that God is just; that His justice cannot sleep forever; That a revolution of the wheel of fortune, a change of situation, is among possible events; that it may become probable by Supernatural influence! The Almighty has no attribute which can take side with us in that event."

Ask: What can we do to remember that our freedom is a gift from God? How can we show our gratitude for our freedom?

Roger Sherman, Signer of the Declaration of Independence and United States Constitution:

"I do declare to the whole world that we believe the Scriptures to contain a declaration of the mind and will of God in and to those ages in which they were written; being given forth by the Holy Ghost moving in the hearts of holy men of God; that they ought also to be read, believed, and fulfilled in our day; being used for reproof and instruction, that the man of God may be perfect. They are a declaration and testimony of heavenly things themselves, and, as such, we carry a high respect for them. We accept them as the words of God Himself." - Treatise of the Religion of the Quakers p. 355.

Ask: What are some ways we can show how much we value God's Word? Why is it important to value what the Bible says in relation to our country?

"It cannot be emphasized too strongly or too often that this great nation was founded, not by religionists, but by Christians; not on religions, but on the gospel of Jesus Christ. For this very reason peoples of other faiths have been afforded asylum, prosperity, and freedom of worship here." - The Trumpet Voice of Freedom: Patrick Henry of Virginia, p. iii.

"The Bible . . . is a book worth more than all the other books that were ever printed." - Sketches of the Life and Character of Patrick Henry, p. 402.

Holidays + Seasonal ‣
How to Talk to Your Kids About Veteran's Day

Holidays + Seasonal ‣
How to Talk to Your Kids About Halloween