The Stories Behind Popular Christmas Carols 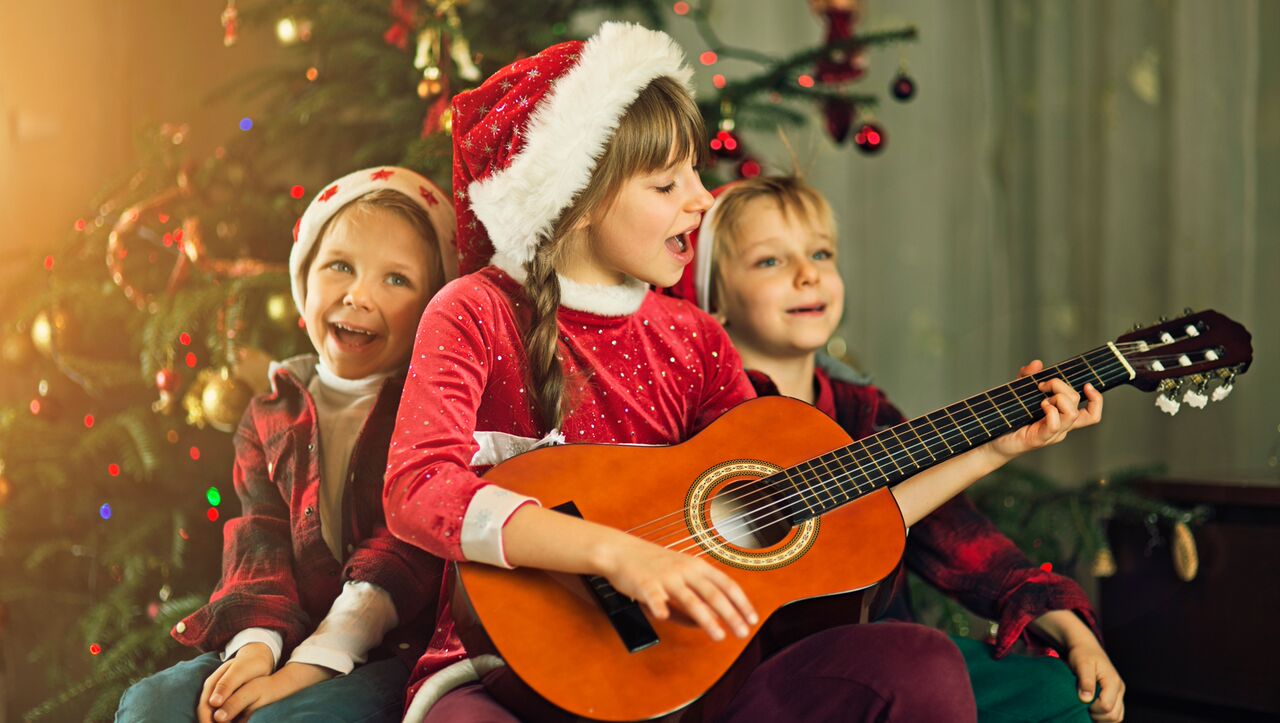 Can you imagine a world without Christmas? What about Christmas without carols? At one time in America, that's exactly what happened. In the 1600s, some influential Christians didn't like how "commercial" Christmas had become, so the colony in Massachusetts banned celebrating the holiday, and that ban lasted for over twenty years. [1] It's hard to imagine a world without Christmas, especially one without our favorite carols. But it's easy to recognize that not everyone celebrates Christmas for the same reason. We should be thankful, then, that we have Christmas carols to remind us why we celebrate and to help us praise God for keeping his promise to send a Savior to his people--the same Savior whom we celebrate today. Here are the stories and meanings behind four of the world's most loved Christmas carols!

Angels We Have Heard on High

Do you know what was one of the hardest, smelliest, and most dangerous jobs in Jesus' time? If you said "shepherd" then you're right! Shepherds worked long hours and slept outside. They chased away dangerous animals and thieves, had to find water for themselves and the animals, and nursed the sheep back to health when they were sick. [2] Even though their job was hard, shepherds didn't always get a lot of thanks. But God cares about everybody--shepherds included--and that's part of why we read in Luke that he sent his angels to shepherds to announce the birth of Christ! These particular shepherds were guarding the sheep at night when an angel appeared and told them about Jesus. Then, more angels appeared, and they sang, "Glory to God in the highest, and on earth peace to men on whom his favor rests." The Savior God had promised was coming--and that meant good news for even the smelliest of shepherds!

In Angels We Have Heard on High, we sing the story of the shepherds and we sing the song of the angels, "Glory to God in the highest." [3] Although we don't know who wrote this carol, we do know that the song was originally French, written in the 18th century and translated into English around 1862. [4] The carol speaks of hearing the angels' song echoing in the mountains, and then questions the shepherds about why they are so happy. Then it answers, and begs those who hear to come to Bethlehem to see King Jesus, about whom the angels were singing. The carol then invites us to imagine Jesus, lying in a manger, the Lord of heaven and earth whom even his earthly parents ought to worship. God could have sent Jesus' birth announcement to kings and queens all over the world, but instead, he sent it to shepherds. Singing this carol encourages us to praise the God who keeps his promises, and who cares about everybody, whether they are shepherds or kings or you or me.

For an occasion as important as the birth of Jesus, one song just isn't enough! Charles Wesley--who wrote almost 9,000 hymns--wrote his own song about Jesus' birth. [5] His original version started with "Hark, how all the welkin rings," but thankfully for us, his friend George Whitefield changed it to what we sing today. [6] The song starts by calling us to listen to the angels singing about Jesus' birth. Hark basically means "listen up!" and herald angels are messengers from God who have a really important message (as if anything they say isn't important). While "Angels We Have Heard on High" tells the story of the shepherds, Wesley's hymn starts there but goes on to say who Jesus is, and to marvel at the mystery of God being born as a tiny little baby.

So, who is that newborn that the angels sang about? Wesley explains that he is the king who will bring peace between God and sinners, and that even though he is adored by even the most important and impressive beings in heaven, he was pleased to become a man "veiled in flesh" on the earth. Wesley imagines Jesus as a frail little baby and yet calls us to "Hail" (which is like cheering for somebody) him because he is the Prince of peace who brings light, life, and healing to all. The hymn's final stanza sings about the work of Christ as the second Adam, which erases the image of Adam (representing sinful man) and stamps us with the image of Christ. [7] Singing this hymn not only celebrates Jesus' birth, it also reminds us of the larger picture of what he did with his life, death, resurrection and ascension.

Joy to the World

Some of our favorite Christmas carols aren't actually carols at all--they're hymns! One of those hymns is "Joy to the World," written by Isaac Watts as a paraphrase of Psalm 98, about "The Messiah's coming and kingdom." [8] But why do we sing a hymn based on an old psalm at Christmas? Because that's what the psalm says to do! Psalm 98 is all about singing a new song to God, who promised to "judge the world with righteousness and the peoples with equity." Ultimately, God fulfilled that promise by sending a king unlike any other king, who would save people from their sin and sadness--that king is King Jesus! So when we celebrate Christmas, we're celebrating when God kept his promise with the birth of Christ Jesus, the King of Kings and Lord of Lords.

And what does "Joy to the World" tell us to sing? We sing about being there in the moment of Jesus' birth, and announcing that the King that God promised is coming. We sing that we should prepare our hearts for him, and that because Jesus is king the whole creation should sing. This new king brings joy and he will remove sin and sorrow, and then he will let his blessings flow like a river "Far as the curse is found." That means that wherever there's sin, Christ our King will fix it, and he will rule over his creation with truth and grace, and all the nations will sing about his righteousness and love. Although this is a great hymn to sing year round, it's also a great one to sing at Christmas because it reminds us of the joy that Christians should have as we celebrate the birth of our Savior.

If you never thought a comma could be confusing, then think again! Shouldn't the comma in this song title come after "you" instead of "merry"? That would be true, except that sometimes words can change meanings over time. For example, "cool" used to mean "sorta cold" but now it can also mean "awesome" or even "unfriendly." Similarly, the word "rest" used to mean "keep" and "merry" is another way to say "joyful," so the title of this carol really means something like "Gentlemen, may God keep you all joyful." [9] Although nobody is sure who wrote this song, the way it was written makes it sound older than it probably is. Since it was printed in 1833, [10] people have changed a few words here and there to make the song sound better until we have what we sing today.

"God Rest You Merry, Gentlemen" reminds us that nothing should steal our joy because we know that God sent his Son to be born as a child who would save us from Satan's power. It then recounts the story of angels appearing to the shepherds announcing the birth of Christ and telling them to search for the Savior who would "vanquish all the friends of Satan" (that means all the sin and bad guys). With news like that, the shepherds rejoiced, left their sheep, and "went to Bethlehem straightway." When they arrived, they saw Jesus in a manger with his mother Mary kneeling at his side, and they began to worship him. The carol ends by calling us to sing praises to the Lord and to embrace each other "with true love and brotherhood," remembering that the true meaning of Christmas outshines all other worries and brings us lasting comfort and joy.

Holidays + Seasonal ‣
How to Calm Your Heart at Christmas