What Does the Bible Say About Jealousy? 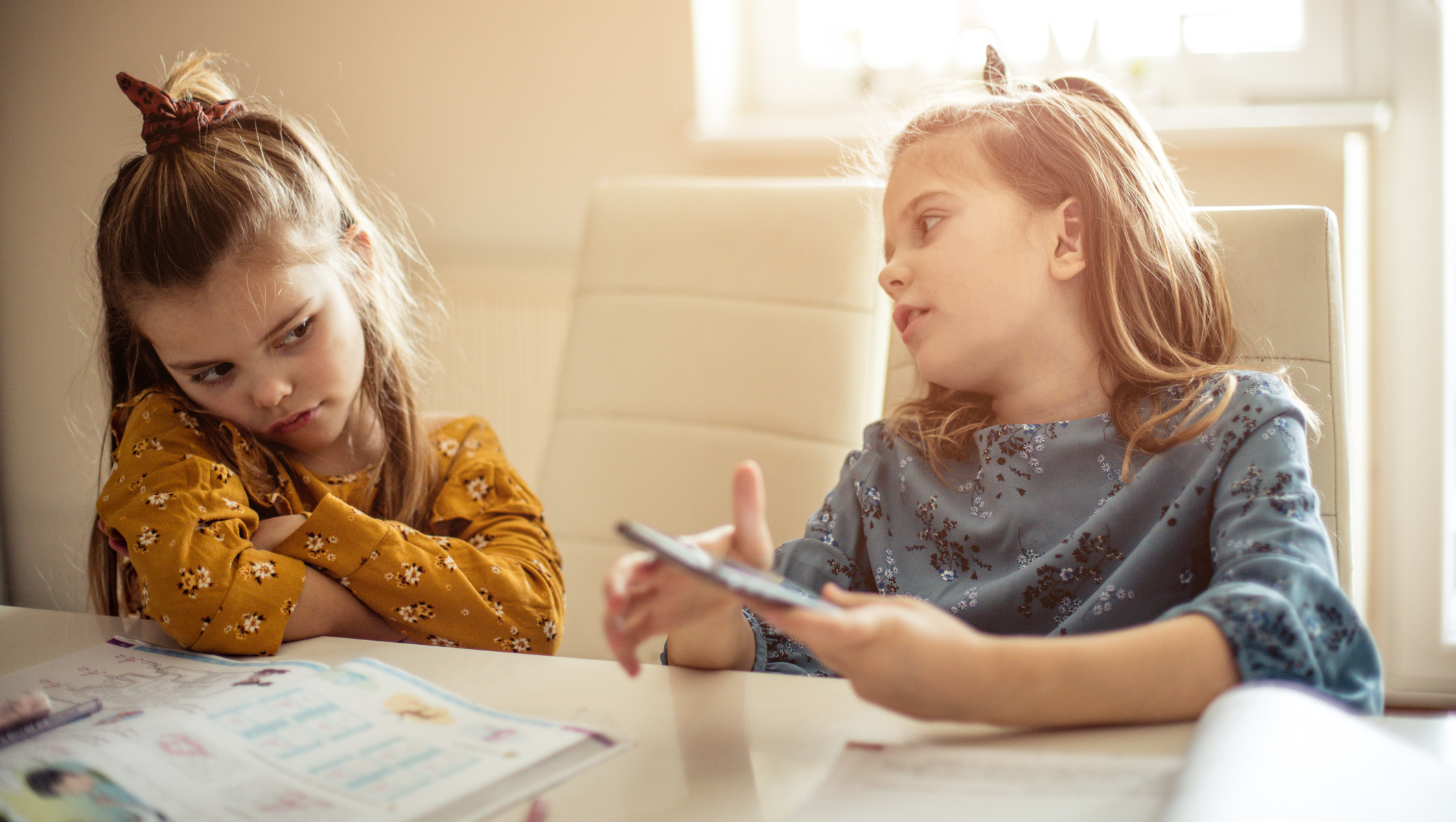 Jealousy often seems like something only adults deal with . . . something out of a romantic comedy or a prime-time TV show. The truth is, kids might not even know they struggle with jealousy because it's a big, rarely-used word. However, that green monster can overcome the tiniest of kiddos.

Jealousy at its heart is discontent and selfishness. Left to grow it becomes hatred and can result in so many horrible decisions.

When the green monster of jealousy rears its ugly head, it's important to look to the Bible to see what God says about envy and discontent. These important verses that share what the Bible says about jealousy are found in two small passages of Scripture.

The first two come from Genesis 37 where we find the story of Joseph and his brothers. Joseph’s father loved him more than any of his other sons. He even gave Joseph a special coat to honor him above the others. Genesis 37:4 (ESV) says,

“But when his brothers saw that their father loved him more than all his brothers, they hated him and could not speak peacefully to him.”

This was the beginning of the jealousy that would ruin their relationship with each other and their father. After Joseph continued in favor with his father (and with God), his brothers, “were jealous of him”. (Genesis 37:11) And soon, Joseph was sold into slavery by his own brothers.

Family Activity Idea: Read the story of Joseph in Genesis 37 or in a Bible storybook. Ask, “Have you ever been so mad at your sibling and wanted to sell them?!” (Don't be shocked if they answer, "Yes!") Ask your children to look in the Bible to see what emotions and thoughts the brothers had about Joseph (see verses 4, 8, and 11). Discuss what would have been a better action or words to say. (Instead of hate, be excited about the new coat. Instead of not speaking peacefully, saying kind words.) Then, get out a piece of paper for each child and let them draw a design of a new coat or t-shirt for one of their siblings. Encourage them to let the design show off the great qualities and talents of their sibling. Finally, let them present the design to their sibling as a fun encouragement!

The next verses about jealousy come from James, the brother of Jesus. Imagine being the earthly brother to Jesus. It would have been easy for young James to be jealous of his (literally) perfect older brother! Instead, James recognized Jesus, not as a man or an annoying sibling, but as the Son of God!

“. . . if you are bitterly jealous and there is selfish ambition in your heart, don't cover up the truth with boasting or lying.”

Why? Because “For jealousy and selfishness are not God's kind of wisdom. Such things are earthly, unspiritual, and demonic.” (verse 15)

Yikes! It gets even worse, “For wherever there is jealousy and selfish ambition, there you will find disorder and evil of every kind.” (verse 16)

That is not what we want in our lives! Thankfully, James writes,

“But the wisdom from above is first of all pure. It is also peace loving, gentle at all times, and willing to yield to others. It is full of mercy and the fruit of good deeds. It shows no favoritism and is always sincere. And those who are peacemakers will plant seeds of peace and reap a harvest of righteousness.” (verse 17 & 18)

Family Activity Idea: Fold a piece of paper like a fan (back and forth, back and forth) until it is one small rectangle. On the top write JEALOUSY. Then unfold and begin to write each word that is related to jealousy from James 3:14-18 (some of them are: selfish ambition, disorder, evil, etc.) Then, turn it over and write the opposite words on the other side (pure, peace loving, gentle, etc.). Talk about which words you’d like to have in your own life. Then use it as a fan to remind yourself to “fan away” those evil jealous desires and instead “fan into flame” the righteous ones!

Jealousy may seem like no big deal to a kid—it’s just wanting a bigger cookie or desiring some new trendy shoes. However, as we’ve read in the above Scriptures, jealousy unchecked, or worse, tended to results in all kinds of evil.

“Anger is cruel, and wrath is like a flood, but jealousy is even more dangerous.”

Jealousy is an overwhelming emotion that leads to worse actions. The truth of what the Bible says about jealousy can help our kids keep jealousy at bay and keep a peaceful heart instead!