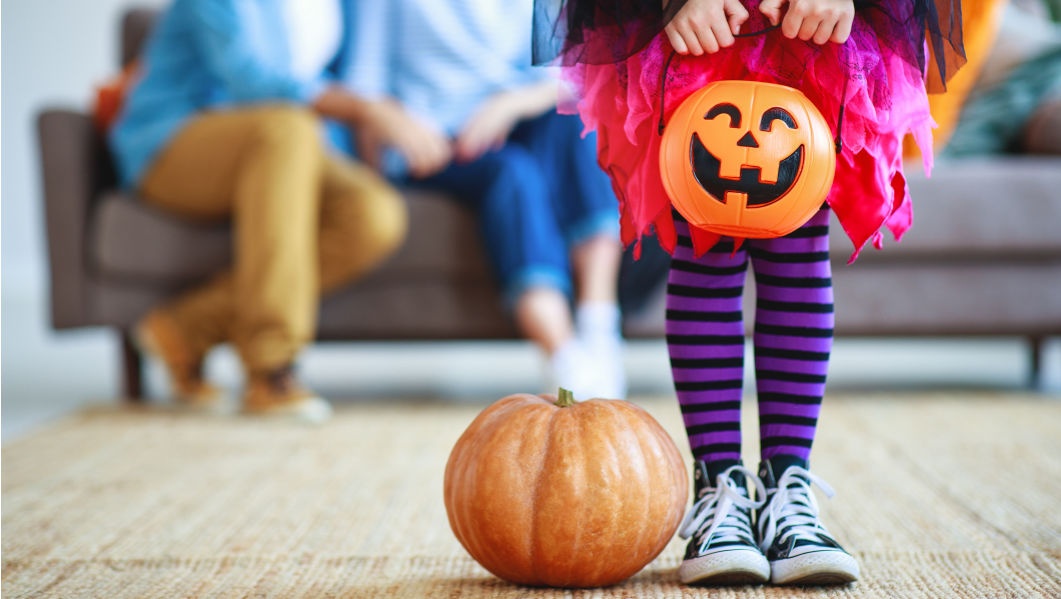 On October 31st each year people across the United States celebrate Halloween or All Hallow’s Eve. Widely geared toward young children who enjoy wearing costumes, trick-or-treating, and pumpkin carving, Halloween has become the second-largest commercially celebrated holiday in America grossing over $8 billion in sales.

What is the Origin & History of Halloween?

Halloween’s origin can be found in the ancient Celtic festival of Samhain (pronounced saw-en, meaning ‘end of summer’). For the Celts who celebrated their new year on November 1st, the day marked the end of the harvest and the beginning of winter, the end of light and the beginning of darkness, the end of life and the beginning of death. The Celtic priests, called Druids, made large bonfires on hilltops around which the people gathered and offered sacrifices of crops and animals to the Celtic gods as a thanksgiving offering for that years’ crops and as an appeal for favor in the new coming year. Some have speculated that there were also human sacrifices at these bonfires, but modern scholars believe this not to be the case. This was viewed as a very spiritual time and divination was practiced especially in the form of fortune-telling. It was widely believed that on this night young women especially can find whether they might marry in the coming year and even the identity of their future spouse.

It is also believed that on the eve of Samhain the line between the living and the dead became thin and the spirits of the Otherworld were allowed to roam the earth during this day, both spirits of departed loved ones during the previous year as well as evil spirits of ghouls and fairies looking to cause mischief and damage. The Celts, hoping for a visit from their departed loved ones, would set a place at the table for them and prepare a feast. They also set treats outside their house for the wandering spirits. To ward off evil spirits from their households, the Celts were known to set carved pumpkins (or turnips) in front of their doors. If they went out at night they wore costumes so that if they encountered an evil spirit they would be mistaken for an evil spirit themselves and thus be protected from evil and trouble.

The Origin of All Saints Day

By A.D. 43 the Romans had successfully conquered most of the Celtic lands. During the next 400 years, Samhain was merged with two Roman holidays: Feralia, a day when Romans commemorated their dead, typically at the end of October, and secondly Pomona, a day of honoring the Roman goddess of fruit and trees. In 609 A.D. Pope Bonafice IV established the Catholic feast of All Martyrs’ Day in honor of the early Roman martyrs, and this feast was later expanded by Pope Gregory III to include all saints and is still practiced today on November 1st as All Saints’ Day (known also as Hallowtide or All Hallows). November 2nd is also celebrated as All Souls’ Day mainly to honor the saints and pray for the lives of the recently departed who have not reached heaven yet. Some of the Halloween traditions can be seen in the festival surrounding All Saints’ Day. There were traditions of ringing bells for the souls in purgatory; poor people, mostly children, would go from house to house “souling”—they would get ‘soul cakes’ in exchange for prayers for departed loved ones; people even wore costumes in order to protect themselves from wandering souls of the dead.

With the Protestant Reformation in the 16th and 17th centuries, Protestant Christians reacted to Catholic Holy Days like All Saints Day, primarily over Catholic beliefs considered errors, such as Purgatory. Purgatory derives its name from the idea that there still remains some sin, or impurity, that needs to be purged and cleansed before one is allowed into Heaven. It is therefore considered a holding place for souls not quite fit for heaven, but not so bad that they go to Hell. Protestant Christians held that after death, no amount of prayers or indulgences – payments made on behalf of departed loved ones to speed up their time in Purgatory – can help a loved one in this Purgative state. Instead, many Protestant Christians began to celebrate Reformation Day by providing different options for people who didn’t want to celebrate the Catholic holiday. Some dressed up in Bible characters or reformers themselves and used the day as an opportunity to gather together and pray and fast. Today, many Lutheran churches celebrate Reformation Day with the traditional color of red which symbolizes the Holy Spirit and the Martyrs of the Saints. Martin Luther’s hymn, ‘A Mighty Fortress is our God’ is traditionally sung and many schoolchildren put on plays reenacting some of the events during the life of Martin Luther.

You might be thinking . . . Whoa! That’s a lot of history. But does it mean we should celebrate Halloween or not? Well, that depends.

How do Christians respond to Halloween?

There are many Christians today that look at Halloween as a pagan holiday during which the devil is worshipped and evil is glorified. They want nothing to do with the evil out there and will do everything in their power to shield themselves and their children from this devilish holiday. Many churches have replaced Halloween with Fall Festivals that are more family-friendly and allow a more safe environment and a fun alternative to trick-or-treating. Some choose to celebrate Reformation Day instead because they believe Halloween is something that must be rejected as a pagan holiday.

2. Some Christians accept it.

Halloween, they say, is a fun, harmless opportunity for kids to dress up, get lots of candy and have a good time. It’s a time for cute decorations, parties, pumpkin carvings, lots of laughter, and enjoying going trick-or-treating with their neighbors. Halloween is, for many, a non-religious festival altogether so some Christians don’t mind assimilating and being no different.

Is there a third way that Christians could potentially respond? Can Halloween be redeemed?

3. Some Christians redeem it.

If we as Christians believe that Jesus came to redeem all things; to make all things new, we must answer with a resounding YES! Jesus says in Revelation 21:5, ‘Behold, I am making all things new.’ Certainly, all things include Halloween. But how? We are sometimes quick to pass judgment or skip over the topic instead of pausing to investigate and have conversations about it.

If we are quick to reject Halloween altogether, we might miss out. After all, Jesus did say that we should be IN the world, but not OF it, right? Right. But what does that mean? Does that mean that evil is out there and as long as we close our doors and turn the lights out, evil will stay away? If we can look at Halloween, not as ‘us versus them’, but rather as an opportunity to engage with the community around us, maybe we can approach the holiday with more compassion and grace, rather than judgment.

It’s important to note some similarities between the old Celtic rituals and Christian heritage. Introduced in Leviticus 7:11-15, thanksgiving offerings are found all over the Old Testament where God’s people sacrifice offerings in recognition of how much God had blessed them. Remember how the Celts put carved turnips in front of their doors so that the evil spirits would pass them by? Can you think of a story in the Old Testament that reminds you of that? Passover. Imagine if the Christians who came in contact with the Celts long ago would have shared some of the similarities of our histories and pointed them to Jesus, what might have happened in terms of acceptance and faith in Christ, instead of outright rejection or co-opting of a cultural celebration? In Acts 17:22 and following, Paul does this very thing with the Greeks at Athens. He says, ‘I perceive that you are very religious’ and ‘What therefore you worship as unknown, this I proclaim to you.’ Paul then proceeds to tell the men of Athens about God and what Jesus has done for them. Paul wasn’t afraid of the world out there but faced it head-on because Jesus has overcome the world (John 16:33).

4 Ways to Engage Your Community for Halloween

If we are quick to accept Halloween as it is currently practiced, we might fail to care for and love our neighbors. “It’s about the fun and the candy,” so we put a bowl of cheap candy in front of our door and go help our kids bring in the loot! How can we be the light of the world even amidst the jack-o-lanterns? We can engage our community!

For a Christian, there is no pressure to participate in this holiday. If your discernment leads you to abstain from participating or focus on the harvest festival activities associated with Halloween, wonderful. If, on the other hand, you feel right to participate, the Bible gives you the freedom to wisely engage in living on mission even on Halloween. The apostle Paul tells us that ‘everything is permissible but not everything is beneficial’, and ‘let no one seek his own good but the good of his neighbor’ (1 Corinthians 10:23-33). In this tricky subject of Halloween, Christians must exercise discernment and be attentive to what the Spirit leads them to do. Download our Minno Costume and Candy Kit for Fun Ways to Celebrate with Buck Denver and Friends!

4 comments on “Halloween: The Meaning, History, and Christian Response” 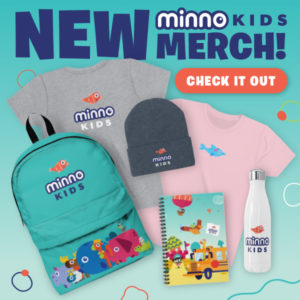