Church History for Kids: How Did the Early Church Pray? 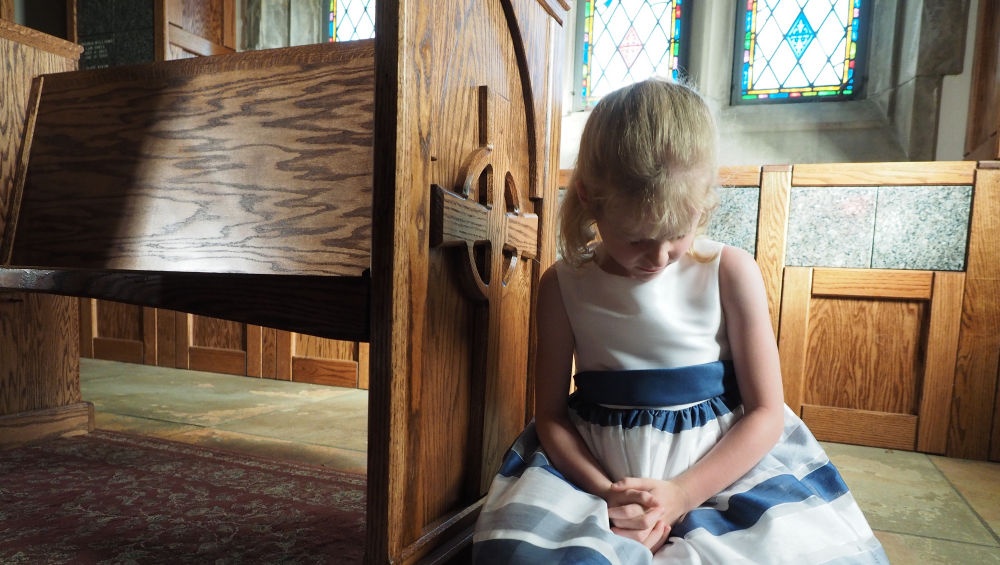 How did prayer start? Well, prayer, which is the practice of talking to God, goes all the way back to the garden of Eden when Adam and Eve walked and talked with God every day. The Bible is full of stories that involve talking to God, and the book of Acts is especially notable!

The book of Acts tells the story of the early church in the first years after Jesus’ crucifixion and resurrection. The disciples led the early believers in practices like sharing meals, caring for the poor, worshipping together, and prayer. They were fervent in their desire to share the Gospel and worship God, and prayer led them into a deeper relationship with God. When talking to your kids about prayer in the early church, using stories from the book of Acts can help give them concrete examples and see how Christians have always prayed.

WHO: The early church was made up of the very first Christians who either knew Jesus or knew people who knew Jesus. Those people spread the gospel and the early church grew very quickly! Many of their stories are recorded in the book of Acts.

WHAT WAS GOING ON?

The early church was growing really fast and facing all kinds of challenges and opportunities. More and more people came to believe in Jesus, but opposition was growing in the Roman Empire. Prayer became an indispensable tool for the early church leaders, many of whom were Jesus’ disciples.

The disciples were the 12 men Jesus chose to follow Him. Jesus loved His disciples very much, and after He died, the 11 disciples who were left (Judas had betrayed Jesus) and a new disciple (Mattias) became the leaders of the early church.

WHEN DID THE EARLY CHURCH PRAY?

Here are a few examples of how and when the early church prayed:

Early Christians prayed in worship. Acts 1:14 states that after Jesus ascended to Heaven, the disciples “continued with one accord in prayer.” They were praying together when the Holy Spirit came down at Pentecost. Prayer unified them in their purpose (the spread of the Gospel) and helped keep them grounded in the truth of Scripture. Prayer still does both of those things for believers today.

Throughout Acts, the apostles prayed before God worked miracles. In Acts 12, Peter was in prison and many people prayed for his release, which God miraculously granted. In Acts 28, Paul healed Publius’s father: “he prayed, and he laid his hands on him.”

Throughout Acts, the disciples prayed with boldness when they had a need, such as being released from prison (Acts 4:23-31) or for guidance making a decision. They prayed for God to reveal who should replace Judas (Acts 1:24) and who should serve the widows in the church in Jerusalem (Acts 6). The disciples regularly spent time in prayer before making a decision, which is a practice we can do today.

In Acts 10, during a time of prayer, God appeared to Peter and told him to go to the home of Cornelius, a Roman centurion. Peter followed God’s command, and the gospel began to spread to non-Jewish people.

WHY DOES THIS MATTER TO US TODAY?

We can learn so much from the earliest Christians! They quickly turned to prayer to seek wisdom, encouragement, healing, and more. God promises that when we pray, He hears us! These stories in Acts show so many examples of this. We can pray for wisdom when we have to make big decisions. We can pray for miracles when someone we love is sick or hurting. We can pray daily as an act of worship, showing God how much we love Him.

At Caesarea there was a man named Cornelius, a centurion of what was known as the Italian Cohort, a devout man who feared God with all his household, gave alms generously to the people, and prayed continually to God. About the ninth hour of the day[a] he saw clearly in a vision an angel of God come in and say to him, “Cornelius.” And he stared at him in terror and said, “What is it, Lord?” And he said to him, “Your prayers and your alms have ascended as a memorial before God. 5 And now send men to Joppa and bring one Simon who is called Peter. He is lodging with one Simon, a tanner, whose house is by the sea.” When the angel who spoke to him had departed, he called two of his servants and a devout soldier from among those who attended him, and having related everything to them, he sent them to Joppa.

Maybe you’ve never really thought about teaching church history to your kids before, but we can learn so much about how to be the Church today by learning about how the Church used to be. Both when the church first started and as it grew and changed throughout history, in all different times and places. When we study church history, there are so many powerful stories of believers who have done amazing things for the kingdom of God that our kids will be inspired to do great things for the kingdom of God in their own lives.

Check out the rest of the posts in our series Church History for Kids for more topics and stories.

Next Post: Church History for Kids: Why Were Some Christians Hurt or Mistreated?

For great videos about church history for kids, check out The Pirate’s Guide to Church History or The Torchlighters, streaming now on Minno!

Bible + Faith ‣
Church History for Kids: What Did the First Churches Look like?