Courage: What to Say to Help Kids Do the Right Thing 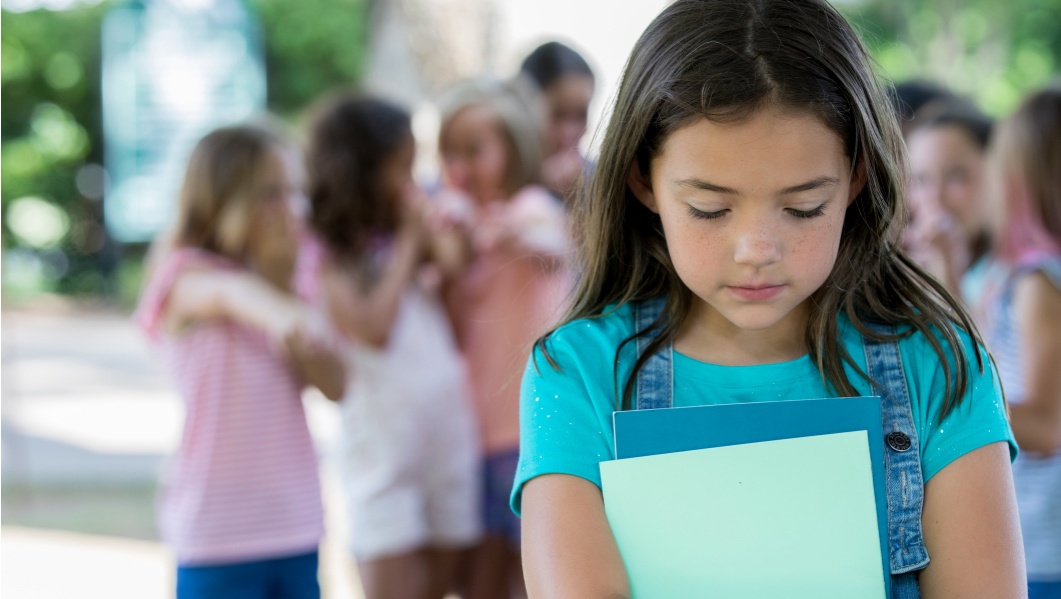 I remember so clearly, as if it was yesterday, those times in middle and high school when I was faced with moments where I had decisions to make. Should I go along with the crowd or stand up for what I knew in my heart was right, even if it meant losing cool points or even losing friends? When a group of friends was making fun of a less popular girl for what she was wearing (because it didn’t fit their very narrow view of what was trendy). When friends brought alcohol to a party (and I had promised my parents there would be none). When another friend brought a dirty magazine to school (and passed it around in art class underneath the teacher’s nose). When my friends were going somewhere I knew my parents wouldn’t approve of (and I’d have to lie to them to be able to go).

I have always had a pretty strong sense of self and a strong moral compass, but I can’t say that I always made the right choice. It takes a lot of courage to be the one to stand up and say no when “everybody’s doing it.”

I could list hundreds of these character-defining moments from my own adolescence. We know our kids are going to face these moments because we all did. Honestly, we still do. Moments when the PTA meeting turns to gossip. Moments when a co-worker tells a racist or vulgar joke around the water cooler and everyone else is laughing. It’s still a struggle to stand up for what we know is right today. As Christian parents, we all teach our kids right from wrong, but actually sticking with what’s right in tough situations can be a whole lot more difficult than our family devotional times and Sunday School lessons make it seem. So how in the world can we teach our kids to have the courage to stand up for what is right when everyone around them is going with the flow?

Courage: What to Say (and Do) to Help Kids Do the Right Thing

Talk to Them BEFORE They Get into those Situations

At the family dinner table or during family devotional time, or even just when you’re driving around town and have that precious alone time with them in the car, talk to your children about what they would do in hard situations. Give them real-life, age-appropriate scenarios. Ask them what they would do if they found money that didn’t belong to them, or if a friend asked for help cheating on a test, or they saw someone being bullied on the playground or in the cafeteria. Talk through what they could say or do in those situations, even helping them come up with actual lines they could say in a difficult situation.

My oldest son is getting to that age when guys are starting to talk about girls. We’ve gone over what he could say if his friends make inappropriate comments about girls’ bodies, but in a way that won’t make him seem dorky or lame. I gave him a few suggestions, but let him come up with ideas that he felt comfortable with. We have brainstormed things he could say in all kinds of scenarios —if someone offers him drugs or if someone tries to show him something inappropriate on a phone, etc. These scenarios may seem scary, but these days they are happening to our kids younger and younger. The key is being able to prepare him before he gets into those situations because the biggest reason kids just “go along with it” is because they simply don’t know what else to do or say in the moment because they have never thought about it before.

Keep it age-appropriate, but don’t be afraid to talk about hard things, because you need to prepare your kids before they happen. We started preparing our children for difficult situations in age-appropriate ways very young because we had family and friends who had been abused as young children but didn’t even know it was abuse because no one had ever talked to them about it. The same is true for teaching our kids how to stand up for what is right. Start young and talk to them at their level, using real-life scenarios that could actually happen to them. Because we discuss possible scenarios, our kids talk to us when something does happen at school or otherwise and we debrief with them about how they responded and what they could have done differently.

Show them Role Models of Courage in Scripture

We named our oldest son Caleb, not only because I love what it means in Hebrew (“all heart”), but because of the courage of the Bible character after which he is named. Caleb and Joshua were the only two people who stood up for what was right when their whole country full of people were doubting God’s power, plan, and promises. When Moses sent the twelve spies to check out the Promised Land, ten of them came back and said the people of that land were too strong, there was no way they could defeat them. But Caleb said, “We can certainly do it . . . The Lord is with us, do not be afraid of them” (Numbers 13:26-14:38). Just like David with Goliath, but hundreds of years before, Caleb had no doubt that if God was with them, they would be victorious, no matter how big the enemy was. But the people pushed back, in a much more intense peer-pressure situation than most of us have ever been in. The people were so upset with Caleb and Joshua that they decided to stone them to death (Numbers 14:10)! But they stood firm on their faith in God and He supernaturally intervened, appearing in all His glory at the tent of meeting. It’s an incredible story of two men who had incredible courage in the face of severe opposition . . . even from their own friends and family.

We remind our Caleb of the courage of the biblical Caleb every chance we get. We tell him that we chose that name on purpose, praying that God would give him the same heart, the same spirit, and the same courage as the Caleb of Numbers. The one of whom God said, “my servant Caleb has a different spirit and follows me with his whole heart” (Numbers 14:24). We have been repeating that verse to him and praying it over him since he was a baby.

The Bible is full of stories of people like Caleb and Joshua. We named our other two children after two of them. Elijah, who had the courage to stand on top of Mt. Carmel by himself and challenge 450 prophets of Baal to prove whose God was real (1 Kings 18). Abigail, who had the courage to go behind her wicked husband’s back, approach David and his mighty men, and strike a deal with him to save her entire household full of people (1 Samuel 25). There are hundreds of stories of people in the Bible who chose to do the right thing in the face of extremely dangerous circumstances. When we share these stories with our children and talk openly about how scary those situations would have been for those people and how they did what was right anyway, we inspire them to respond to difficult situations in their lives with the courage of the Lord as well.

Friends and Heroes is a fun and educational video series on Minno about courageous characters in the Bible.

Old Testament Heroes is a 25-episode series from Minno’s easy-to-use 5 Minute Family Devotional resource that gives you a new story every day for almost a month, or every week for almost six months, to share with your kids during your family devotional time!

Show them Role Models of Courage in the World

Talk to them about Church History role models of courage like Martin Luther, who stood up for the truth against the corruption of the Catholic Church at the time, or little-known women like Florence Bonnewe, a nun who stood up to King Henry VIII, who was corrupting the Church of England at the time.

The Torchlighters is a great video series on Minno about heroes of the faith throughout Christian History, and we even have a version in Spanish!

Find the helpful shows recommended in this post streaming now on Minno!

Culture + Media ‣ Kids + Parenting ‣
What Does it Mean to Love Your Neighbor Today?